Operating Snowmobiles while Intoxicated in Illinois 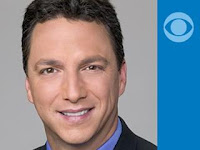 With all the snow falling in Chicagoland over the past few days, it's a good time to mention Illinois laws regarding motorized snow activities.

After all, it's only been two years since CBS Chicago journalist, Randy Salerno, was killed in a Wisconsin snowmobile accident.

In January 2008, Salerno died when his friend Scott Hirschey, who's blood alcohol test showed he was legally drunk, crashed a snowmobile with Salerno riding on the back. Salerno, who was not intoxicated, was killed when his body hit a tree.

Now the question is, what will happen with Illinois OWI Laws in 2010...?

Email ThisBlogThis!Share to TwitterShare to FacebookShare to Pinterest
Labels: DUI

Effective December 21, 2009, the Northern District of Illinois has once again amended the Required Statement to Accompany Motions for Relief from Stay.

Here is a link to the form in a fillable PDF.

I have also posted a copy of the revised form to the Forms Archive.
Posted by Michael W. Huseman No comments:

Email ThisBlogThis!Share to TwitterShare to FacebookShare to Pinterest
Labels: Bankruptcy

About a year ago, I wrote this post about calculating damages for injuries or death of pets. A case published at that time expressed for the first time the Illinois courts' willingness to hear subjective evidence of a pet's value to its owners, rather than just placing an objective value on the life of the pet based upon what its owners paid for it.

The trial court in that case granted the plaintiff $200 for the loss of his dachshund because that was how much a seven-year old dachshund was worth at the time. The appellate court, however, reversed that decision and allowed the plaintiff to demonstrate the personal value of the dog to him by such "proof as the circumstances admit," presumably testimony as to how much the dog would be missed by the plaintiff and his family.

Well, today I found out that Illinois is way behind other parts of the country in this area of the law. I have told you in the past that I subscribe to Westlaw's Headnote of the Day. Every day I get an email containing a headnote from a random case. Here is today's:

In action for loss of dog struck by defendants' automobile, special damages, in addition to value of dog, based on fact that dog had been trained for work in a vaudeville act along with plaintiff and his daughter, were recoverable.
Paguio v. Evening Journal Ass'n, 21 A.2d 667 (N.J. Sup. Ct. 1941)

So, New Jersey has been allowing this type of evidence for nearly 70 years. I haven't read that Paguio case, but I wonder if the plaintiffs were only allowed to recover the money that they paid to train the dog, or were they awarded lost profits for any shows that they missed, etc.? Interesting stuff.
Posted by Michael W. Huseman No comments:

Q: What is the difference between a golf ball and an SUV?

A: Tiger Woods can drive a golf ball 300 yards.

I have more, but let's get down to the business of Tiger Woods' inevitable divorce. Here is a good interview with Ira Elegant (great name) about the potential divorce between Tiger and Elin Woods. Mr. Elegant (even greater name) is a divorce lawyer from Miami who has represented the likes of Shaquille O'Neal and Alex Rodriguez in divorce proceedings.

Mr. Elegant informs us that judges in Florida can deviate up or down from the statutory guidelines based on a number of different factors. Certainly one of those factors would be that most infants don't really need to be billionaires.

In cases involving extraordinary amounts of money, the courts are able to inquire "how much the kids really need." Any excess money then goes into a trust that vests when the children reach a certain age.

Mr. Elegant refers to these cases as “three pony cases,” under the theory that even a wealthy child doesn’t need three ponies.

Email ThisBlogThis!Share to TwitterShare to FacebookShare to Pinterest
Labels: Divorce

Dianne McLeod's husband suffered a heart attack in 2002. He was unable to work and went on disability. Dianne McLeod says they then fell behind on their mortgage payments.

This was when debt collectors started calling their home up to ten times per day.

Dianne McLeod says that she witnessed her husband get red-faced, agitated, and sweaty while fighting with debt collectors over the phone. He would also complain of chest pains after hanging up the phone.

Dianne McLeod believes that harrassing phone calls from her mortgage lender and their debt collectors killed her husband. She is suing her mortgage company, Green Tree Servicing, for wrongful death.

This case recently survived motions to dismiss and will proceed to trial.

Not to make light of the situation, but I wonder if the lender alleged that Mr. McLeod was contributorily negligent for answering the phone.  It does take two to tango, does it not?
Posted by Michael W. Huseman 1 comment:

Since the repealing of the Glass-Steagall Act in the late 90's most of the remaining investment banks or financial institutions are involved in both lending and trading.

The investment game being described in the article "The End" encouraged the market to work in unscrupulous ways in order to get as many loans as possible. The "lenders" were engaged in activity that pushed homeowners to buy, refinance, HELOC, or take part in any other transaction that could later be sold on the securities market. Since the rating system was being manipulated, the securities could then be sold to unsuspecting investors.

Widespread fraudulent behavior, from appraisers all the way up the ladder to "Wall Street" moved the market values to unprecedented levels and now they've come crashing down.

This Countrywide Consent Judgment shows some more of the shenanigans.
Posted by James Fleckles No comments:

For the debtors' lawyers...

Until yesterday, this site had a decidedly pro-creditor vibe. In order to keep the current momentum, I would like to offer some words of interest to any bankruptcy lawyers out there.

On Tuesday, the U.S. Supreme Court heard arguments in a case involving a provision of the 2005 Bankruptcy Abuse Prevention and Consumer Protection Act ("BAPCPA").

The case, Milavetz, Gallop & Milavetz v. United States, No. 08-1119, concerns the provision which prohibits lawyers from advising their clients “to incur more debt in contemplation of” a bankruptcy filing.

Penalties for violations of this provision can be severe. I have read articles which suggest that this provision prevents lawyers from accepting credit card payments for payment of their fees. Also, how is a bankruptcy lawyer to respond when a client informs him that he or she needs emergency medical treatment just days before the petition is filed? It may be a criminal offense to advise your client to go ahead with that treatment.
At issue is whether that particular provision is an unconstitutional prohibition on free speech. The plaintiff is a Minnesota law firm.

The Supreme Court is not expected to rule for several months. Check back for updates.
Posted by Michael W. Huseman No comments:

Email ThisBlogThis!Share to TwitterShare to FacebookShare to Pinterest
Labels: Bankruptcy

In keeping with the spirit of the last post, I suggest everyone read this article by Michael Lewis, the author of the 1989 book "Liar's Poker".

Last week, a judge in New York may have made a significant ruling regarding a home foreclosure. At issue was whether the home would go into foreclosure, the ruling: gave the home free of all liens and loans to the homeowner.

In personal dealings with financial institutions it has been my experience that there is no effort on the part of the institutions to help troubled homeowners. There is no sense of responsibility with the lenders for the financial mess they have created. Instead they are more interested in window dressings and not being negatively portrayed in the media and will do only what is necessary to avoid bad press.

Even worse, if the institutions suddenly did gain a sense of altruistic values, their loss mitigation infrastructure is so confused and lacking in resources, they wouldn't be able to do anything if they wanted.

In this situation, the Horoski's purchased a 3,400 sq ft home 15 years ago at $200,000. In 2004, they refinanced. As a result of good faith efforts by the homeowners to restructure their loan in an equitable fashion and the bank's inability to even find a consistent loan value amount...

"The Court is constrained, solely as a result of Plaintiff's affirmative acts, to conclude that Plaintiff's conduct is wholly unsupportable at law or in equity, greatly egregious and so completely devoid of good faith that equity cannot be permitted to intervene on its behalf. Indeed, Plaintiff's actions toward Defendant in this matter have been harsh, repugnant, shocking and repulsive to the extent that it must be appropriately sanctioned so as to deter it from imposing further mortifying abuse against Defendant. The Court cannot be assured that Plaintiff will not repeat this course of conduct if this action is merely dismissed and hence, dismissal standing alone is not a reasonable option."
You can bet there will be an appeal, but in the meantime a sign of hope in a crisis that continues to hit families and homeowners across the nation.
Posted by James Fleckles 14 comments:

Home Repair and Remodeling Act does not apply.

A recent case from the Fourth District held that the Home Repair and Remodeling Act does not apply to work done to convert part of commercial building to a residential loft.

In Tom Geise Plumbing, Inc v. Taylor, the court found that the building did not qualify as a "residence", so the Act did not apply.

Can someone please explain this to me?

725 ILCS 5/110-13 says that "No attorney practicing law in this State...shall furnish any part of any security for bail in any criminal action or any proceeding nor shall any such person act as surety for any accused admitted to bail."

Huh? Lawyers can't bail people out of jail? I must admit that this is news to me. There must be something that I'm missing here. It doesn't say "for clients" or "for cases on which they are involved" or anything like that.

So, I can't post bail for my neighbor or for a family friend? A lawyer can't bail his kid out after a night of sophomoric hijinks?

I just came across this statue and haven't researched it any further, but if anyone has any insight, I'd love to hear it.
Posted by Michael W. Huseman No comments: