How to tether your dog outside, according to the State of Illinois.

I recently wrote a three-part blog about criminal and civil liability under the Illinois Humane Care for Animals Act. I wanted to give you a quick update because the Act has been amended, effective January 1, 2014. After the first of the year, it will now be a Class B misdemeanor to violate the provisions concerning tethering your dog outside. Here is the amended section:

(b) To lawfully tether a dog outdoors, an owner must ensure
that the dog:
(1) does not suffer from a condition that is known, by
that person, to be exacerbated by tethering;
(2) is tethered in a manner that will prevent it from
becoming entangled with other tethered dogs;
(3) is not tethered with a lead that (i) exceeds
one-eighth of the dog's body weight or (ii) is a tow chain
or a log chain;
(4) is tethered with a lead that measures, when rounded
to the nearest whole foot, at least 10 feet in length;
(5) is tethered with a properly fitting harness or
collar other than the lead or a pinch, prong, or choke-type
collar; and
(6) is not tethered in a manner that will allow it to
reach within the property of another person, a public
walkway, or a road.

(c) Subsection (b) of this Section shall not be construed
to prohibit:
(1) a person from walking a dog with a hand-held leash;
(2) conduct that is directly related to the cultivating
of agricultural products, including shepherding or herding
cattle or livestock, if the restraint is reasonably
necessary for the safety of the dog;
(3) the tethering of a dog while at an organized and
lawful animal function, such as hunting, obedience
training, performance and conformance events, or law
enforcement training, or while in the pursuit of working or
competing in those endeavors; or
(4) a dog restrained in compliance with the
requirements of a camping or recreational area as defined
by a federal, State, or local authority or jurisdiction.

You'll recall that Dexter Evans wrote about disclaimers for injuries at health clubs and gyms last month. He wrote about the case Hussein v. L.A. Fitness, in which the Illinois Appellate Court analyzed a disclaimer contained in the L.A. Fitness membership contract to see if it prevented recovery for injuries sustained in the health club. The court applied Minnesota law to the disclaimer because that is where the contract was signed. The court upheld the disclaimer and found that the plaintiff could not recover for his injuries.

I am a member of L.A. Fitness. I normally go to Oswego location. Last night I saw that someone had apparently run right through the glass of a racquetball court. That had to hurt. Maybe the outcome will be different next time if the court gets to apply Illinois law to their disclaimer. I think someone needs to bring a case on an Illinois membership. The guy who did this damage should definitely call Dexter: 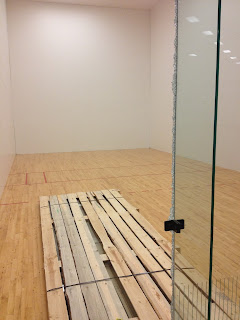 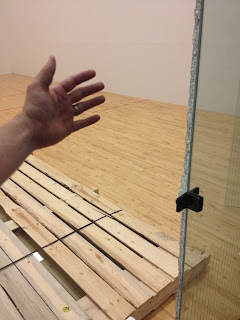 WHAT DAMAGES AM I ENTITLED TO? THE VARIOUS NUANCES BETWEEN WORKERS’ COMPENSATION & PERSONAL INJURY CLAIMS IN ILLINOIS

There are three types of awards you may be eligible for.  Most commonly, an injured worker receives a permanent partial disability (PPD) award.  These awards are broken down into percentages of a body part, leg, arm, foot, hand, body of whole, etc.  The percentages are related to the number of weeks you are considered permanently and partially disabled.  The maximum amount of weeks is 500, equivalent to 100% of the body as a whole.  That is the maximum PPD award you can receive.  The amount you are entitled to varies depending on which body part is injured and what the nature and extent of your injury is.

Another award an injured worker might be entitled to is a wage-differential.  This award is meant to reimburse an injured worker for the loss in earning capacity as a result of the worker’s injury.  For example, assume you were working as a laborer making $30 per hour before you work injury.  As a result of the injury, you can no longer work as a laborer.  You find a job based upon your transferable skills, education, and work history, but the job only pays $15 per hour.  Hence, you have suffered a loss in earning capacity of $15 per hour.  You might be entitled to an award of 60% of $15 per hour multiplied by 40 hours per week.  Due to changes in the law, whether you receive this check for the rest of your natural life or for a set time period would depend on what year you were injured.

Assuming you could no longer work in any capacity due to your work injury, you might be entitled to a permanent total disability award or perm-total award.  Essentially, this would be that you would receive whatever your TTD check was for the rest of your life.  This is the most significant impairment an injured worker can have.

One of the benefits under the Workers’ Compensation Act is that, unlike in a personal injury action, an injured worker need not show that his or her employer was negligent in causing your injury.  No such requirement exits because the workers’ compensation system is a “no fault” system.  If your injury arose out of an in the course of your employment, you should be covered.  What of the trade-offs that comes with such a system is that certain damages an individual would be entitled to in a personal injury claim, i.e. pain and suffering, loss of normal life, etc. is not available to an injured worker.  In this respect, the legislature seemingly sought to create a system that, while protecting injured workers regardless of fault, also protected employers from shelling out a substantial amount of money for injuries.  To that end, workers are generally forbidden from filing a third-party personal injury case against their employers.  The Workers’ Compensation Act is the exclusive remedy.  One added benefit:  The damages you receive in your workers’ compensation claim are not taxable.

Unlike workers’ compensation claims, an injured person must show that someone else’s negligence (or intentional act) caused his or her injury.  Like workers’ compensation, you are entitled to damages relating to medical bills and lost wages you suffer as a result of your injury.  Unlike workers’ compensation claims, you are entitled to recover 100% of your gross lost wages.  However, lost wage damages are taxable whereas damages relating to your physical injury are not.  In addition, however, you are entitled to recover for damages for any pain and suffering, loss of normal life, and disfigurement sustained as a result of your injury.  Loss of normal life is generally defined as the inability to conduct your activities or hobbies as you normally did before your injury.  In addition to what you have already endured, if proven, you can recover damages for pain and suffering and loss of normal life that you are reasonably expected to sustain in the future.  Disfigurement generally refers to any scarring that you have suffered from your injuries.  You can also recover for any emotional damages you have as a result of your injuries.  Proof of these damages usually requires competent medical testimony to be admissible at trial.

In certain situations, you could have a claim that falls under both systems.  Suppose you were operating a vehicle on behalf of your employer and someone hits your vehicle.  You could have a claim for workers’ compensation against your employer as well as a claim for personal injury against the person that caused the accident.  Assume you were walking from an employee designated parking lot to go into work and slipped and fell on ice in the parking lot.  You could have a claim against your employer as well as a third-party claim against the owner of the property (if not your employer), the manager of the property, and/or the snow and ice removal company.  Perhaps you were working on a machine in your employer’s factory and the machine was defective causing you injury.  Again, you could claim against both your employer and a claim for personal injury against the manufacturer of the machine.  Those are but a few examples of injuries which have both a workers’ compensation and personal injury component to them.

Assuming you have an injury where both types of claims are applicable, there are even more nuances that a legal practitioner must be aware of.  If you receive any workers’ compensation benefits from your employer (i.e. medical payments, TTD, permanency award), your employer is entitled to receive 75% of what was paid to you out of the third-party personal injury case.  This is generally referred to as a subrogation interest or “lien”.  If the lien is more than the personal injury settlement or judgment, your employer is entitled to 75% of the total settlement or judgment.  Often, these liens are negotiable, but require a great effort on the part of the practitioner.  Although these liens do not generally apply to an underinsured motorist claim you have against your own insurance company, most policies now contain a provision wherein the insurer claims a credit or set-off for any amount paid to you in workers’ compensation benefits relating to your injury.

These are just some of the nuances between workers’ compensation and personal injury claims.  There are many, many more.  Not just between the two very different systems, but also within those particular systems.  It is always best to consult a workers’ compensation attorney, a personal injury attorney, or one whopractices both to ensure your rights are being adequately protected.

News flash: People do not like to be sued. Oftentimes, they know it is coming and they will go to great lengths to avoid service of the summons and complaint.

In situations like this, 735 ILCS 5/2-203.1 allows litigants to accomplish service by alternative means. The question becomes what alternative means to use. I've used this statute dozens of times. I always ask for regular mail and posting at the defendant's residence. Some judges, however, require that the mailing be sent via certified mail, return receipt requested.

You already know my feelings about certified mail (See, Certified Mail is Stupid, Northern Law Blog, January 29, 2013). No defendant in his right mind would sign for a certified letter while ducking service.  Instead, I would suggest a counter-proposal to the judge. How about UPS? No one ever turned away a package from UPS. Imagine the defendant's surprise when he tears open a huge box and finds only a summons and complaint in there.  I love it!!

Full disclosure: I didn't think of this myself. I saw another lawyer this morning hand up a UPS receipt as proof of service.
Posted by Michael W. Huseman 3 comments: