What happens when a law student mixes advocacy with social networking? 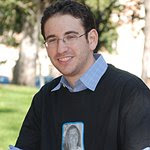 When 25 year-old law student Adam Reich took on a post-conviction case as part of the USC Gould School of Law’s Post-Conviction Justice Project, he decided that his advocacy before a California parole board was not quite enough. Instead, he wanted as many people as possible to follow his plight.

His nonlawyer friend set up Web channels for the project. A website was created. Updates were made on Twitter. Messages were sent to Reich’s Facebook friends. The end result: the second year law student successfuly helped release a woman after she spent 29 years in jail and he gave internet communities front-row access as every event related to the project unfolded.

Although he’s not a “web expert”, Reich used online social networking as his backbone during the project. In an e-mail interview with the ABA Journal, he said he spent 22 hours a day on the case from Jan. 1 until the convicted woman walked out of prison. He estimates 50 percent was spent working the social media channels.

Social networking is an invaluable way to connect or re-connect with people for projects, networking and job searches. With websites like LinkedIn and the ABA’s Legally Minded, social networking has transcended from mere socializing to a form of professional communication. In Reich’s case, his social networking sites helped make his advocacy efforts a success.

Read the ABA's Complete Article on Reich.
Posted by Cynthia

I completely agree. The internet is a great way to publicize your practice. This blog, for instance, allows us all to connect with other lawyers that we might not have otherwise met.

I just read the article. This guy is full of s**t if he really expects anyone to believe he only slept 2 hours a day for nearly 3 months. He probably counts all the hours he has his cell phone in his pocket as "working."

...please where can I buy a unicorn?