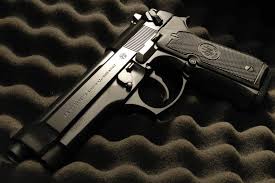 The purpose of the PLCAA is to prevent firearms manufacturers and dealers from being held liable for crimes committed with their products. In a recent Illinois Supreme Court case Adames v. Sheahan the court found, among other things, that the Protection of Lawful Commerce in Arms Act (PLCAA), prevented the Beretta Corporation from being held liable for the wrongful death of a young boy.

In an unfortunate circumstance Billy Swan a 13 year old boy accidentally shot his friend, Josh Adames. Billy first discovered three guns in his parent’s bedroom. They were in a lock box (which the court determined to be unlocked). Billy’s father owned them, as he worked for the Cook County Sheriff’s office as a correctional officer.

After playing with the guns for several minutes, Billy saw his friend, Michael, and invited him inside. Billy showed him the guns. Minutes later another friend Josh came over and was also invited in. Billy released the magazine and put it in his pocket. He then pointed the gun at Josh and pretended to fire, he pulled the trigger, and the boys ears began to ring.

I’ve been thinking about this case recently, trying to figure out whether a firearm manufacturer has a duty to protect the users of its product? It is definitely not an easy task. On one end of the spectrum I ask myself, why should a manufacturer of a firearm have a duty to protect someone whose actions they have no control over, yet on the other end of the spectrum shouldn't stricter safety precautions be required to maintain this limited liability by a firearm manufacturer? Personally I’m leaning towards the latter.

A magazine disconnect is an internal mechanism that engages a mechanical safety such as a block or trigger disconnect when the firearm's magazine is removed. Arguably a simple and inexpensive mechanism would have prevented the Beretta 92FS in Billy’s hand from being fired.

The PLCAA, became law as of October 26th, 2005. Ironically as of January 1st, 2006 California deemed handguns without a chamber load indicator or a magazine disconnect mechanism to be unsafe, and as a result new handgun designs without either of the two safety features are now against the law.

Although the Beretta 92FS Billy held did have a chamber load indicator, it was arguably "not sufficient to warn a user that the chamber had a bullet in it because the user could hardly see the indicator." [Expert Testimony]